A Glimpse into Cuba – By Melissa B. Skolnick, MSW Candidate 2012 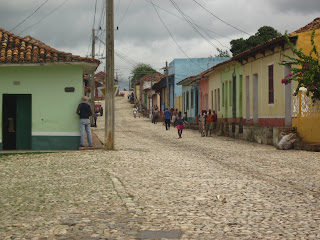 I had never imagined I would get to travel to Cuba, so when the opportunity presented itself, I immediately wanted to know more.  I found out that Dr. Ezekiel Dixon-Román would be taking a group of SP2 students to Cuba for the first time, and teaching a course entitled Cuba: Education, Culture & Social Policy.  Last May, a total of 10 of us traveled to Cuba.  As soon as we approached central Havana, images and billboards revolving around the Revolution surrounded us.  Visually, Cuba was unlike any other country I had seen before, with colorful and rustic looking buildings, as well as vintage-style cars that Cuba is known for.

We truly took advantage of being in Cuba, a feat in itself, making the best of opportunities that presented themselves.  The students who participated in the trip all had different interests, and some pursued these interests through traveling, taking field notes, filming, interviewing and conversing with a wide array of Cubans, and exploring specific parts of the country’s history.
One of the most memorable recollections that I continue to hold is the positive spirit of most Cubans.  This was evident from the casas particulares where we stayed, to being so welcomed by our “host family,” a family we spent most of our days with.  This spirit was most evident when Cubans spoke about their homeland, often saying, “It’s like any other country – there are good things, and there are bad things…” 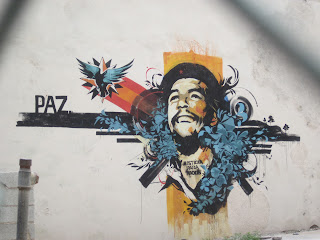 What I am most grateful for is that we were able to meet and interact with Cubans on a daily basis, truly getting a glimpse into how Cubans live in Havana, from their perspectives.  This became especially salient when towards the end of the trip we took an excursion to various other cities throughout the country, such as Santiago de Cuba and Cienfuegos.  It was clear that the tourist agency wanted to paint a picture of the island in a certain way – solely filled with magnificent churches, plazas, and boulevards.  Yet, we knew this was only a manifestation of tourist apartheid, in which tourists and foreigners are able to experience Cuba in a much different way than Cubans themselves do.  This concept of “two Cubas” existing seemed so difficult to articulate, but our friend had painted an image that perfectly portrayed this sentiment.  The painting, called “Del Otro Lado de la Calle” (The Other Side of the Street), depicts one side of the street in Havana as crumbling and gloomy, while the other is vibrant with color and life.
Through my interactions and newly formed bonds I was able to see Cuba for what it was, at least in that moment.  I quickly learned that although every Cuban has a place to live, some areas are more marginalized than others, and race often plays a role in this marginalization.  I also felt invigorated seeing a movement begin to spark, in which Afro-Cubans are voicing many of their hardships and bringing light to inequality that persists.  Almost daily, I spoke with many Cubans who admitted that racism continues to be an issue in Cuba, and I was able to witness this through how Cubans are treated by the police, allocation of jobs and resources, mobility in education, and more.  I continue to think about this inequality, despite a rhetoric of equality that the government continues to uphold.
How I view the world truly changed after being able to travel to Cuba.  I would encourage anyone who ever gets the chance to go to Cuba to do so, and to form your own opinions on the beautiful and enriching country.
(This piece solely represents my individual experiences in Cuba.  As a group, each one of us gained something different from the trip, and if interested in learning more, please contact Dr. Dixon-Román so he can put you in touch with us for more insight).
* Casas particulares – A homestay in which Cubans rent out at least one room in their apartment/home, so foreigners can have a different experience than being in a hotel.  There is a deep emphasis on interaction with families who own these casas, giving great insight as to how some Cubans perceive life.
* Tourist apartheid – A term used to describe the situation in which nationals are often denied the luxuries that foreigners and tourists get to experience, such as traveling, staying in fancy hotels, enjoying the “paradise,” etc.  Up until a few years ago for example, Cubans could not step foot in hotels.  Even though this is allowed today, there is still a divide between spaces where Cubans and tourists are allowed and able to go. 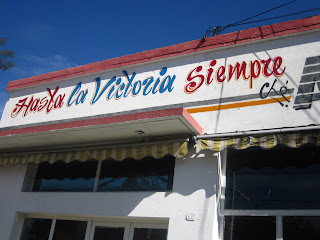 Written by:  Melissa B. Skolnick, MSW Candidate 2012
Posted by SP2 Admissions and Programming Blog at 1:56 PM

Learn more about the School of Social Policy & Practice

By registering for an Information Session or attending one of our recruitment events: http://www.sp2.upenn.edu/programs/open_house/index.html